​A successful contribution to the city of short paths

Designed and implemented by Walter Brune in 1986, the Klemensviertel district has long become a special centre of attraction in the already attractive Düsseldorf district Kaiserswerth. Coming from the inner city, you can recognise the district centre to the right of the Klemensplatz by its distinctive bell tower from afar. The current tenancy situation and daily visitors numbers reflect the success of the sophisticated planning with its diversely mixed use for stores, offices, practices and flats to this day.

Walter Brune specifically developed the Klemensviertel as an urban-development antithesis to the US-influenced shopping centres outside of town. The new residential and business centre around a market square for multifunctional use was meant to conquer the hearts of residents and visitors alike with its small-town character. With sophisticated plans in every single detail and optimal implementation, the Klemensviertel, which is a car-free zone, has once again increased the value of the already-attractive district in the North of Düsseldorf. Vacancies have never happened in the inner-city business, service and residential centre. 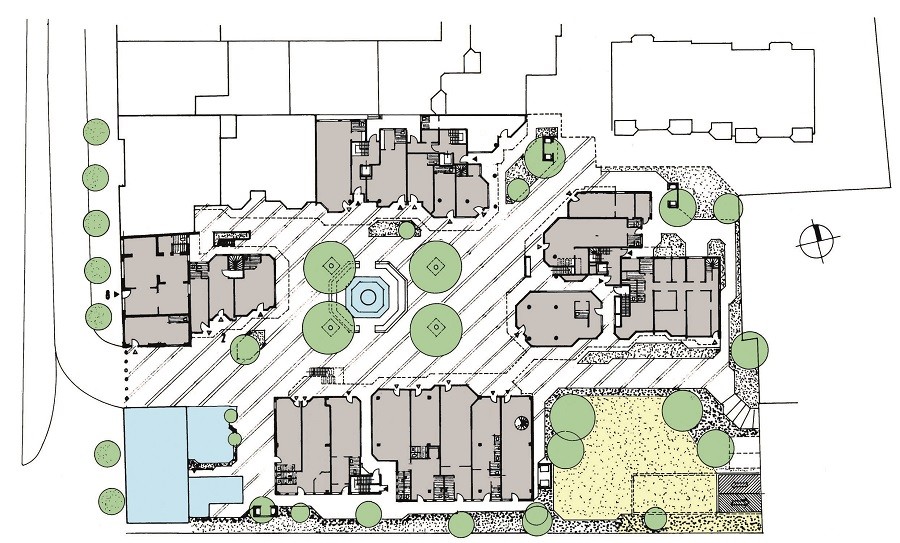 ​Doctors, lawyers, tax advisers - they're all there

Many office and practice units can be found sprinkled above the stores surrounding the fountain square. They are all well occupied, supplementing retail with a broad range of high-quality services and consulting offers. Just around the corner, things get very calm and downright cosy. About 30 city flats are distributed across several apartment buildings with up to four floors in the car-free alleys of the Klemensviertel district. Equipped with loggias and balconies, most of which are facing south-west, the 2- to 4-room flats with their modern floor plans enjoy great popularity with singles, couples and families.

​Classical art under the bell tower

​The timeless architecture of the entire district relies on regional materials and carefully chosen highlight. Red brick produced at the Lower Rhine characterises the overall appearance. Copper panels on the parapets, balconies and awnings provide material and colour contrasts. A life-sized bronze figure of Fritz Klimsch at the centre of the fountain square matches the open design of the bell tower, provided by an artist from Aachen. Framed by four powerful oaks, this duality becomes the trademark that conveys the identity of the entire quarter. 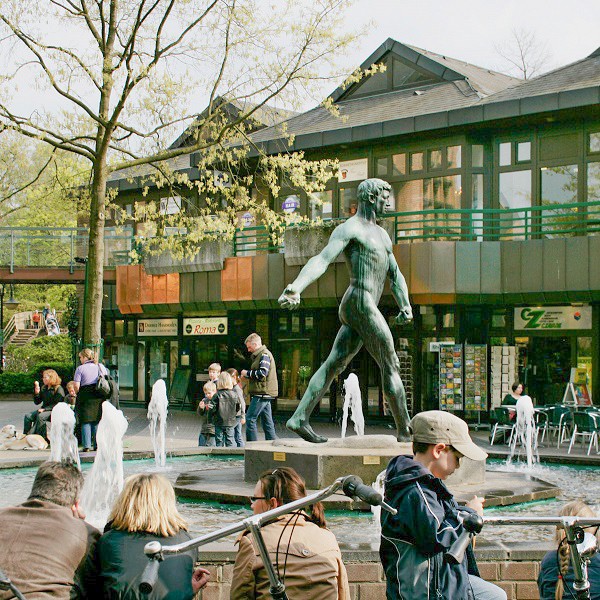 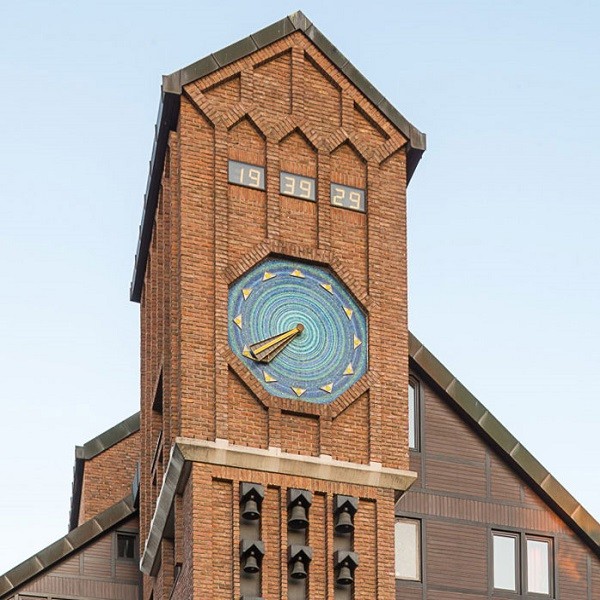 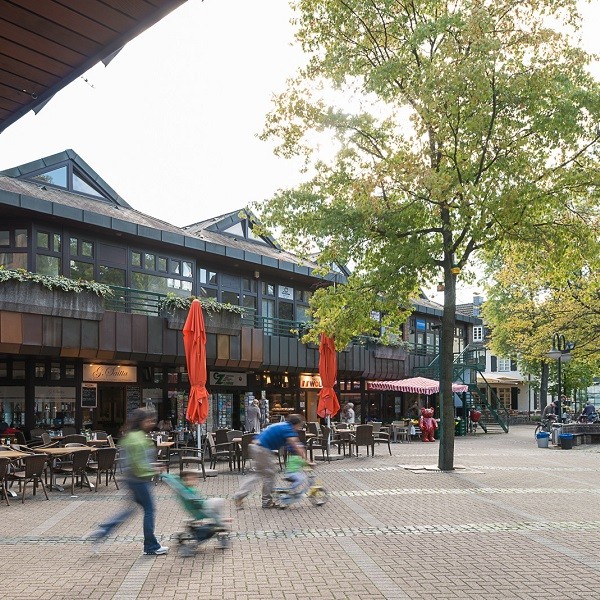 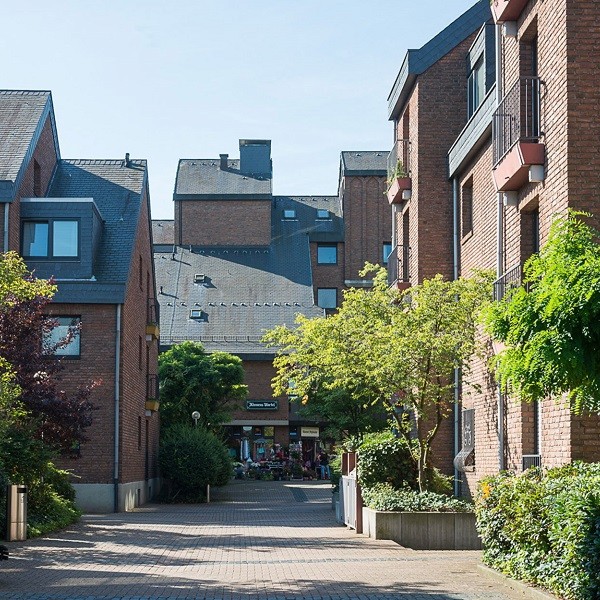 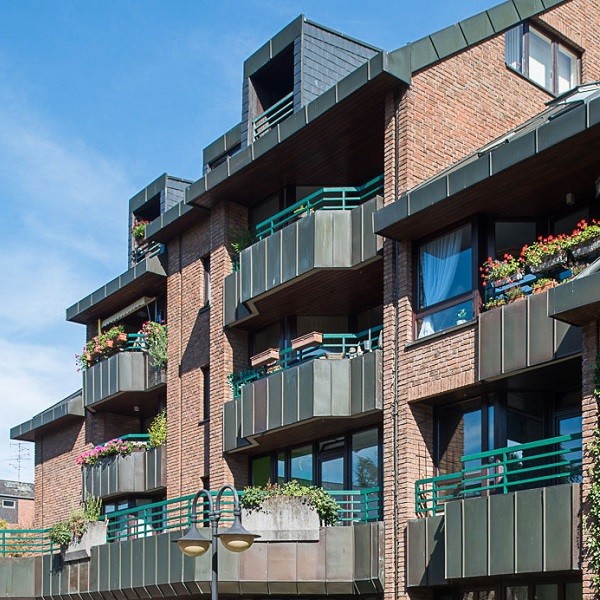 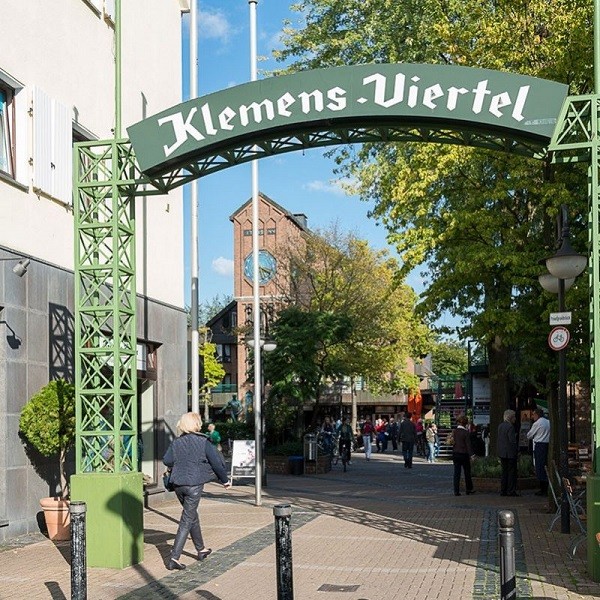 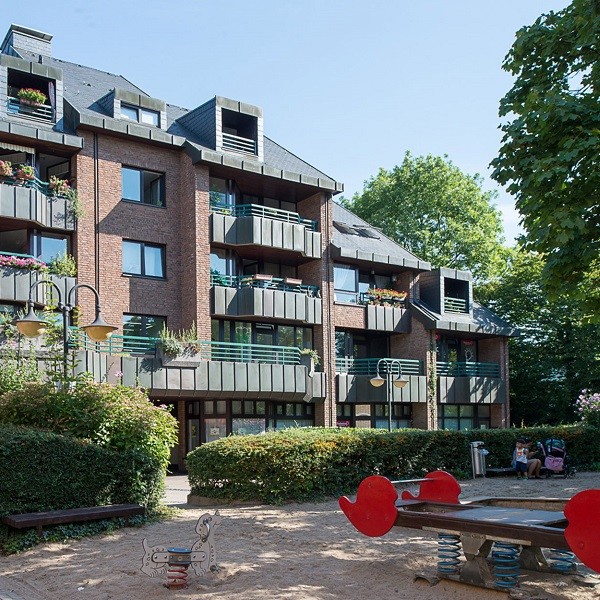 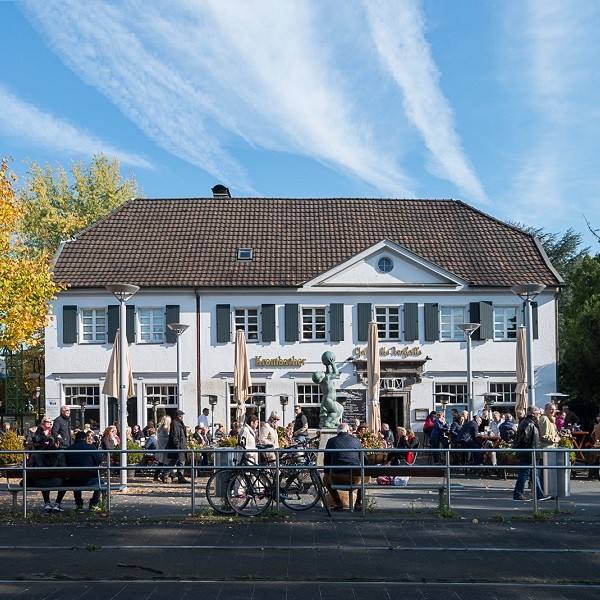 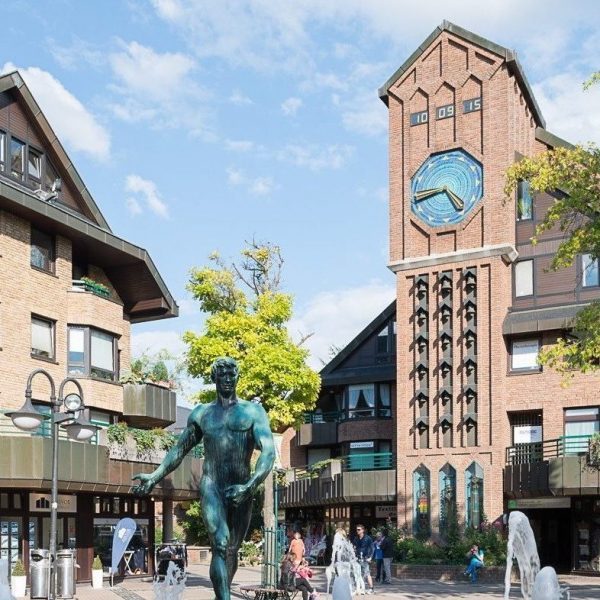 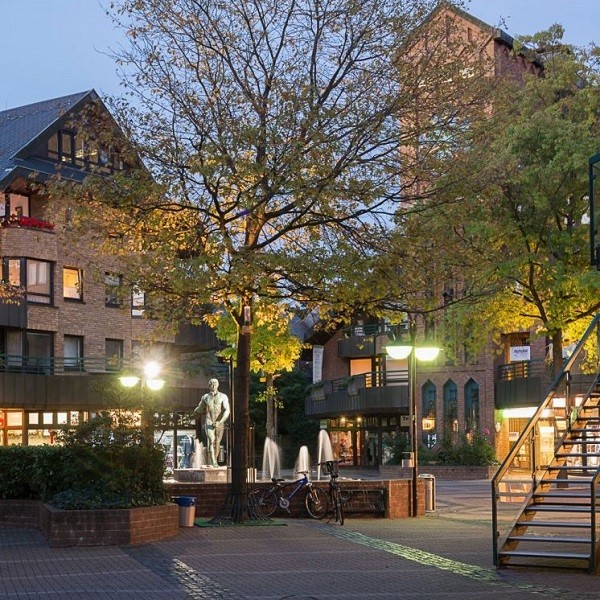 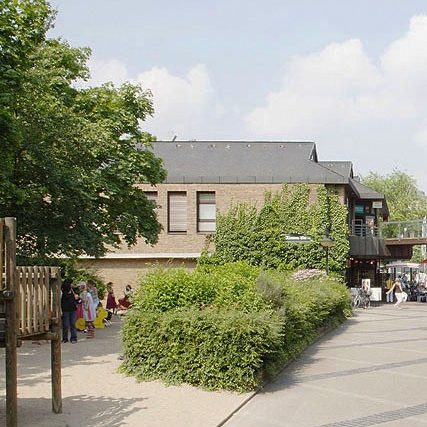 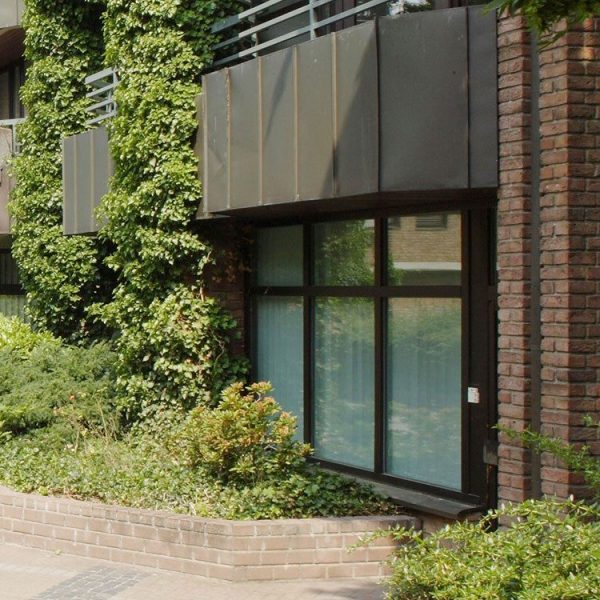 A central location in the north of Düsseldorf

Kaiserswerth is about eight kilometres north of the city centre of Düsseldorf when travelling along the River Rhine. Spared the noise of the Düsseldorf airport, it is one of Düsseldorf's districts that sees the highest demand. Kaiserswerth is connected to Düsseldorf and Duisburg very well by underground and beckons with a special power of attraction. The banks of the River Rhine, the Imperial Palace, exclusive restaurants and many beer gardens with a view of the river Rhine turn the small medieval town into a popular destination for excursions.
The Klemensviertel is in direct proximity of the Klemensplatz, the central traffic node with an underground station and stops for several bus lines. The airport, for example, is less than 15 minutes away by car. The Königsallee can be reached in 25 minutes by underground. The banks of the River Rhine are only a five minutes' walk away.
Leisure time offers
Stores
Restaurants
Traffic connections

The diverse gastronomy in the Klemensviertel promises reliable quality for any taste. Crowds may make it difficult to find a place in the sun on the terrace or by the fountain in summer. Even if the good weather runs out, the popular restaurants, such as the Alte Tonhalle with its upgraded wine cellar, draw many demanding connoisseurs into the Klemensviertel.

Local supply could barely be more attractive than this. Equally easily accessible by train and bus and equipped with a suitable underground car park, the Klemensviertel magnetically draws all of Düsseldorf's north. It beckons with a diverse retail selection as well: a bakery and a butcher, a hairdresser and a flower seller, a jeweller and a key maker, children's and women's fashion, perfumes and a pharmacy can all be found nearby. Going shopping in such a village-like idyll is great fun.

It may be hard to believe, but things get very calm and downright cosy just around the corner. About 30 city flats are distributed across several apartment buildings with up to four floors in the winding, car-free alleys of district.

More information about living in the Klemensviertel →

„Our 'Piazza' in the Klemensviertel offers the pleasant flair of a beautiful shopping district with owner-managed shops. Liveliness, cultivated ambience and contact persons in all matters strengthen my decision to have gone the right way! Many thanks!“

If you are looking for a shop or flat here, it is a good idea to have yourself be put on the waiting list as a potential tenant. We will gladly send you the corresponding information. Please contact us also if you have any other questions.